developed during his training at the conservatory in Freiburg (Sonja Prunnbauer) and the Ecole Normale de Musique Paris (Alberto Ponce) a great stylistic bandwidth and a wide-ranging repertoire as a classic guitarist and chamber musician as well. He was the first guitarist to be approved for the study course soloist-diploma and passed it with distinction. This was followed by competitive success and scholarships of the Study Foundation of the German People, the German Music Competition and the Art Foundation Baden-Württemberg and numerous concerts and CD recordings, lastly 2011 soloistic with own transcriptions of J. S. Bach’s violin sonatas and 2013/14 “Orient Express” with the Take Four Guitar Quartet. 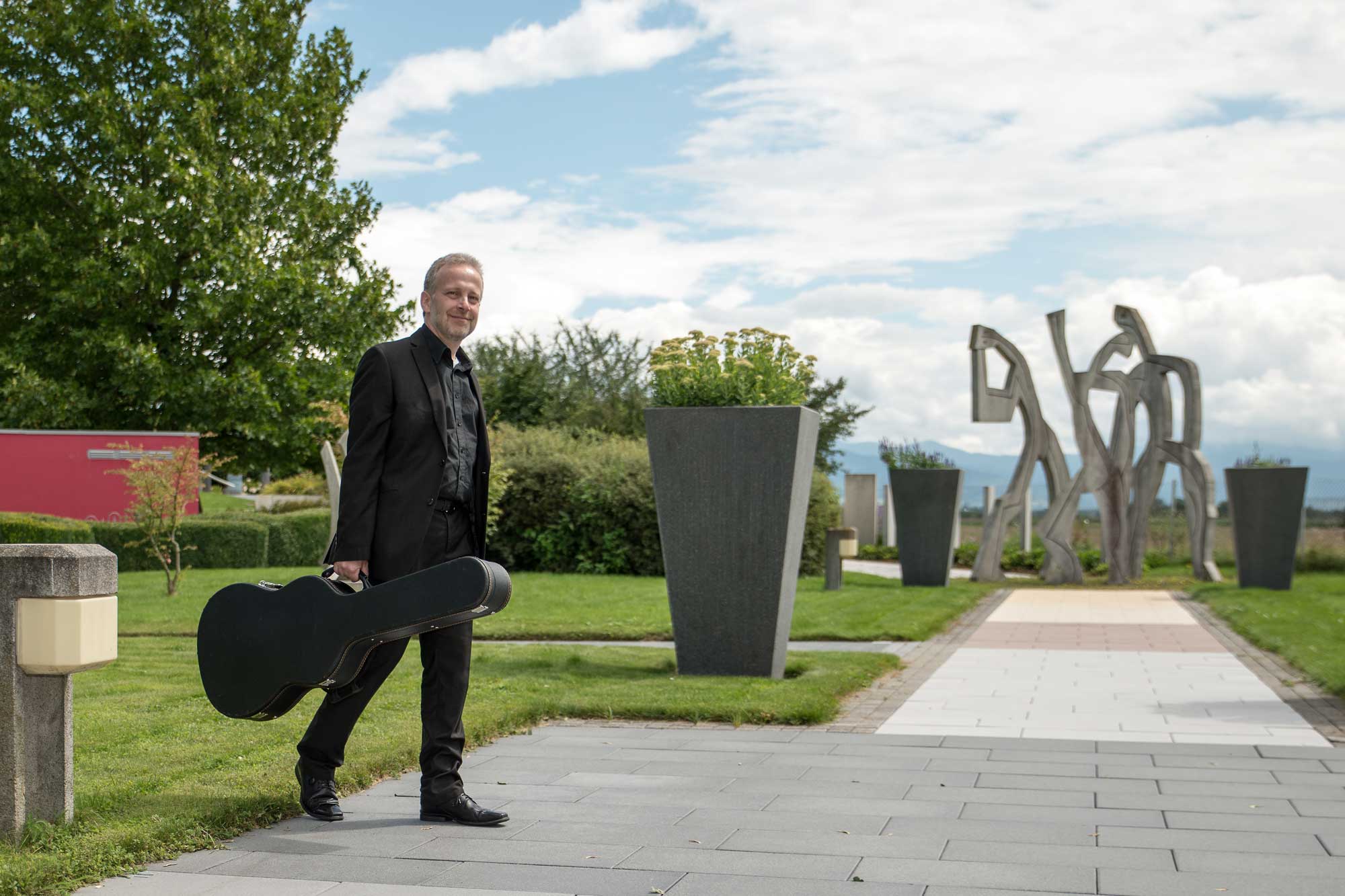 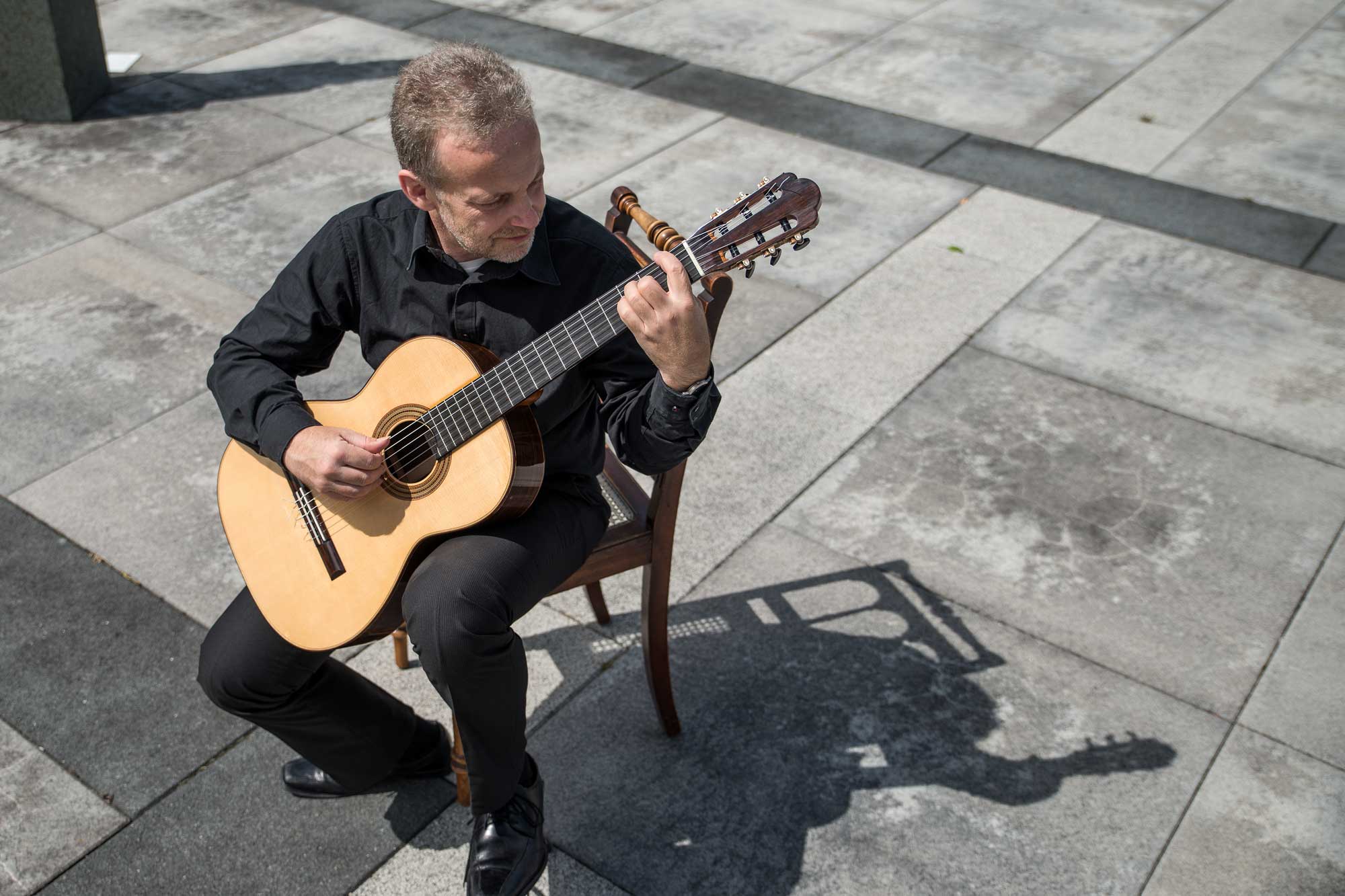 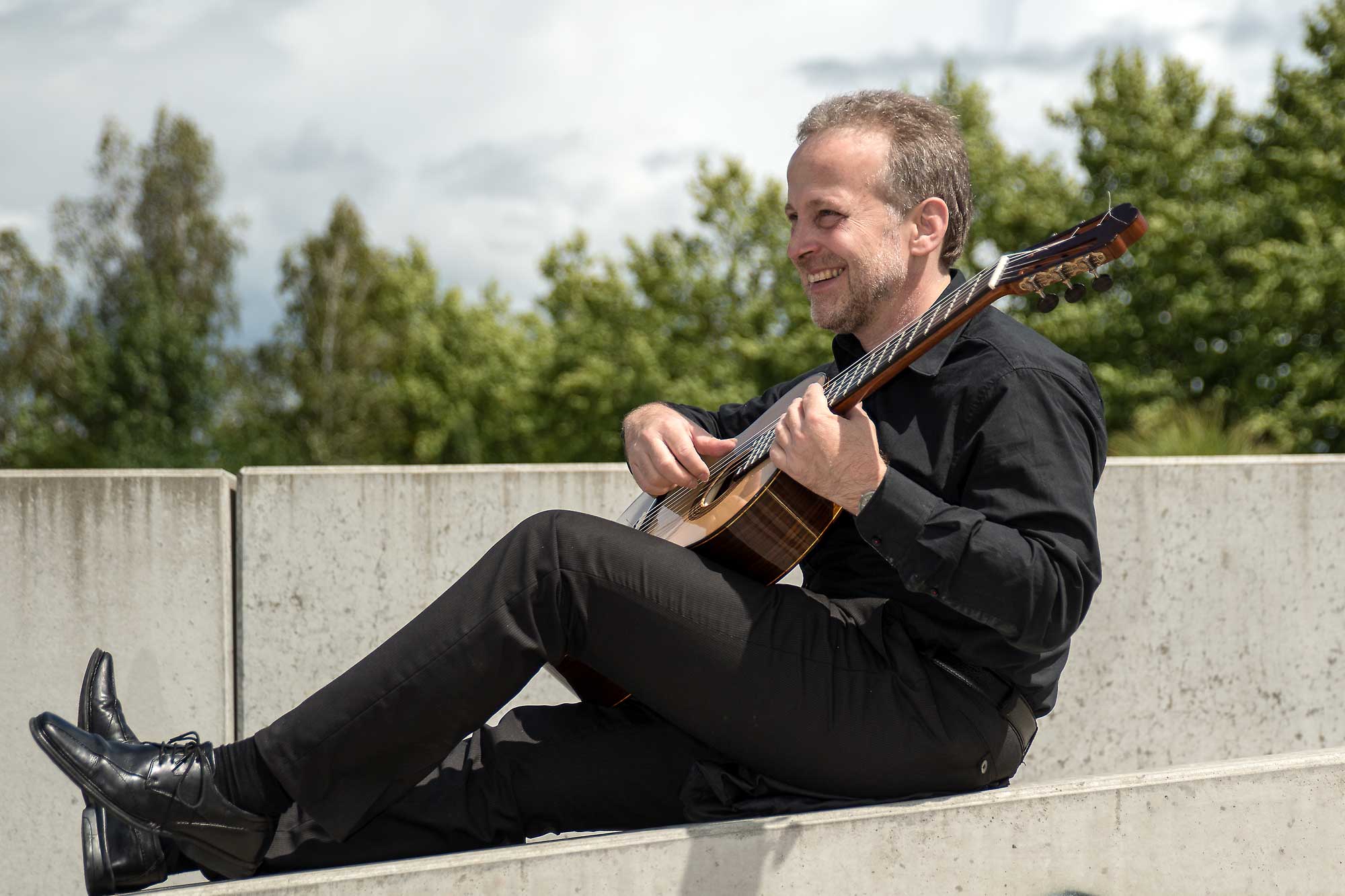 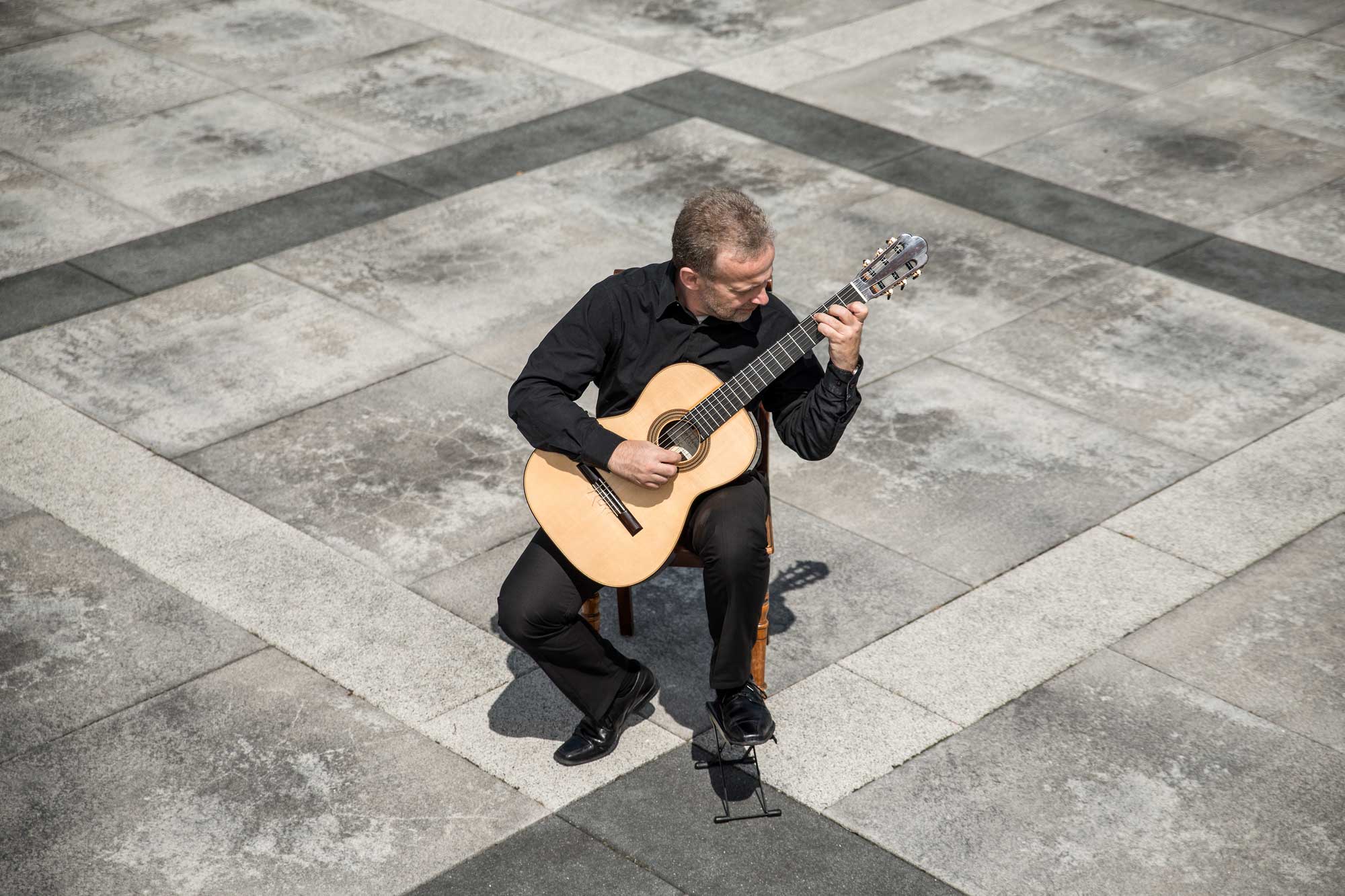 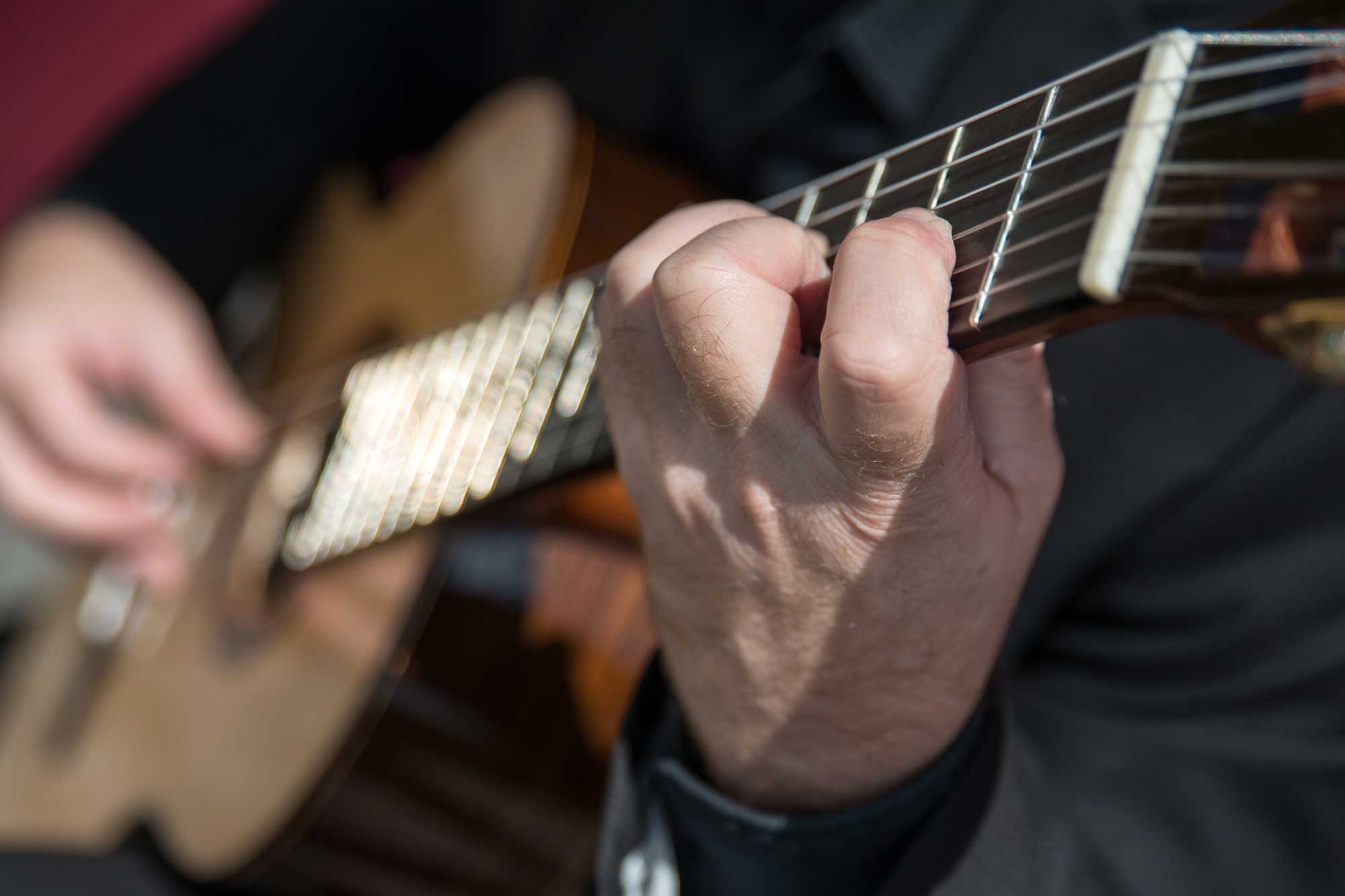 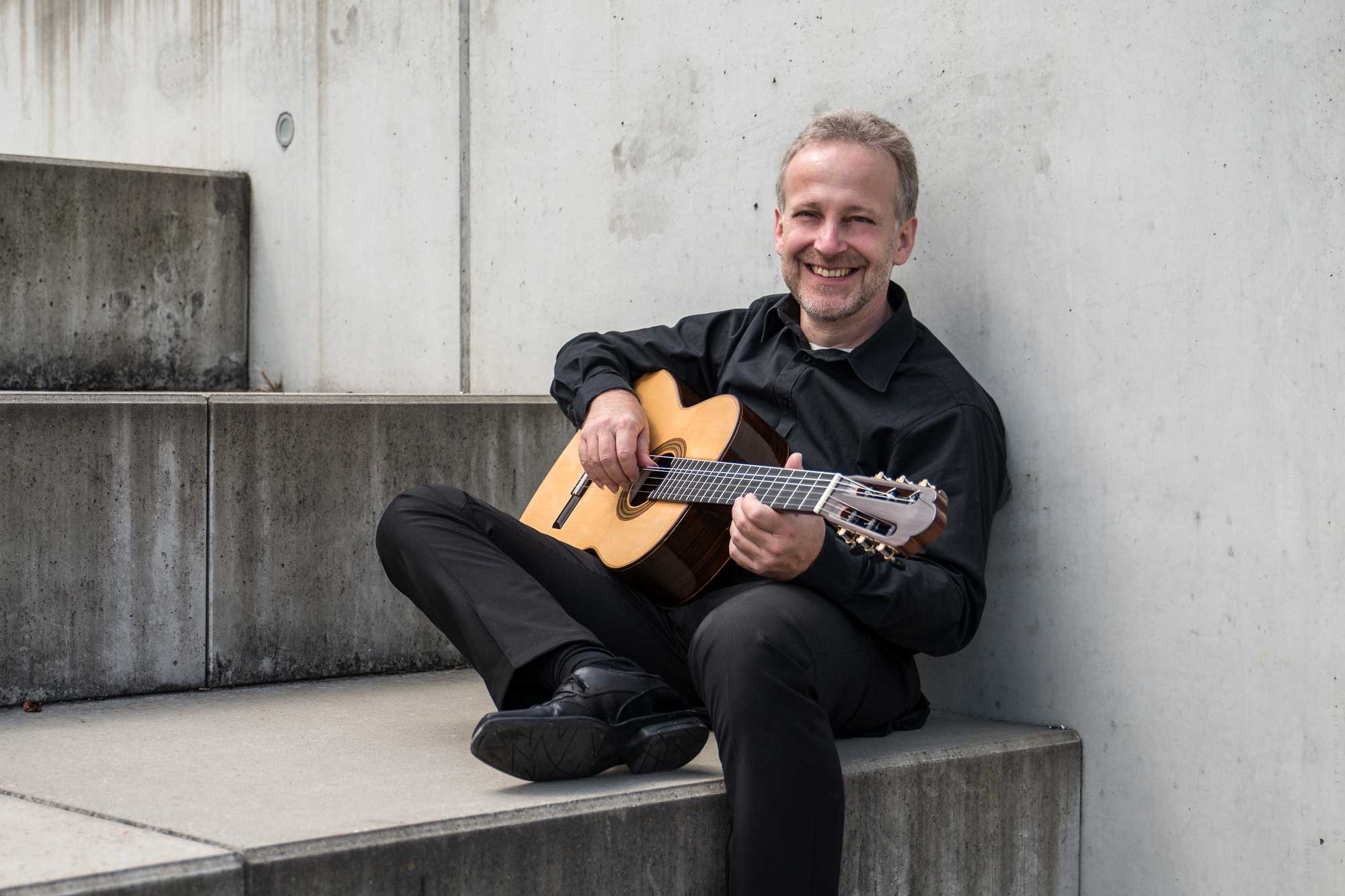 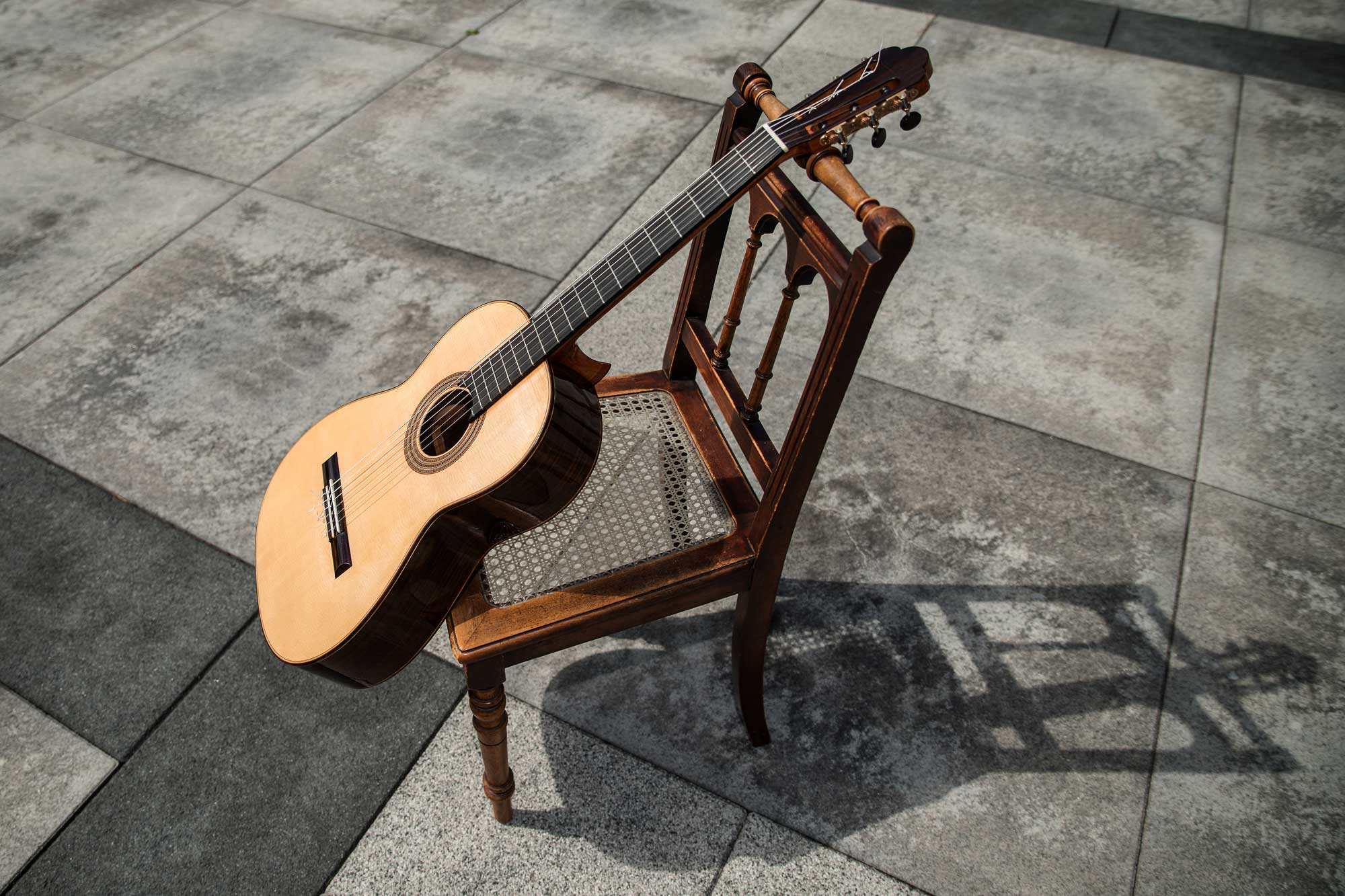 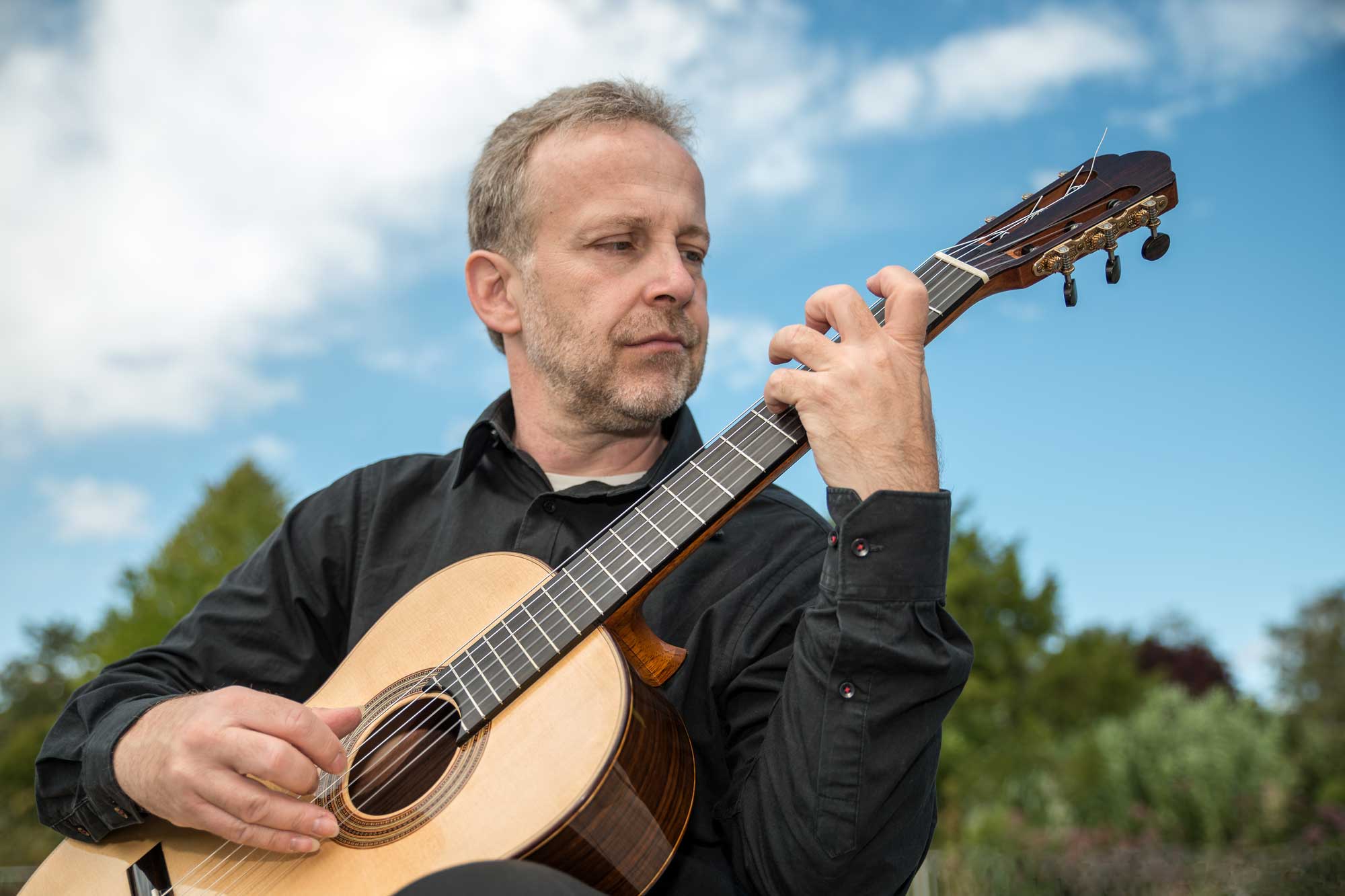